Philosophy in Africa, Africa in Philosophy 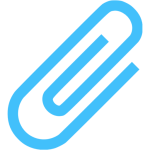 A fortnightly series of academic research seminars hosted jointly by the Centre for African Studies and the Philosophy Department, University of Cape Town

Recent months have seen renewed interest in questions about the role which academic philosophy can play in solving problems specific to Africa, including South Africa, and about the role which indigenous African traditions of thought and practice can play in enriching the academic discipline of philosophy. These questions are central to debates about what positive change in teaching and research in humanities faculties, both in South Africa and further afield, would look like; but they are also the focus of on-going research by both academic philosophers and academics from other disciplines. This fortnightly seminar series, beginning in March 2016 and running over the whole academic year, aims to create a forum for the presentation of well-researched, critical, carefully argued academic papers addressing topics including the following:

Academics and postgraduate researchers from UCT and beyond are invited to submit abstracts by midnight on 25th January 2016 toPhilosophyinAfrica@gmail.com. If accepted for presentation, a full written paper must be circulated one week before the seminar. The best of the papers presented over the year will be published in a volume edited by Lungisile Ntsebeza and George Hull.

The PSSA Harassment working group has prepared a brief survey relating to sexual harassment at conferences and elsewhere in South African academic philosophy. We would appreciate it if persons involved in South African philosophy would take the time to complete this anonymous survey. The link to the survey is here:

Please do not complete the survey again if you did you when it was first announced (on 20 October). We are repeating the announcement in case anyone missed it the previous time.

For a statement about the working group see this earlier posting on ZAPHIL:

(On behalf of the PSSA Harassment working group)